Fast Forward Press is dedicated to publishing compressed forms of literature across the globe.  Since 2007, we have been publishing an annual anthology of flash fiction, which has earned us recognition in the literary community.  We have published authors from five continents and countless countries around the world.  We have been featured as experts of the flash fiction genre on panels ranging from the New York Public Library to the Association of Writers and Writing Programs (AWP).  Our third collection, The Mix Tape, was one of three finalists in the Literary Fiction category for the prestigious Colorado Book Award.  In addition to the flash fiction anthology, Fast Forward Press recently released Dream Koans by M.V. Montgomery and the forthcoming Emily Avenue by Jeff Landon, winner of the 2010 flash novel contest.

Fast Forward Press operates as an open publishing collective that emphasizes participatory decision-making and collective action and seeks to involve the global community in our efforts by inviting them to contribute to the project by submitting writing, and/or contributing operating funds, and/or helping with planning, production, or distribution activities.

Nancy Stohlman’s books include Searching for Suzi: a flash novel (Monkey Puzzle Press, 2009), and Live From Palestine (South End Press, 2003). She is a founding member of Fast Forward Press and served as an editor for the first three anthologies, including Fast Forward: The Mix Tape, which was a finalist for a 2011 Colorado Book Award. She was also the final judge for the 2010 Fast Forward Flash Novel Contest. Her work has been published in over 30 journals, anthologies and magazines nationally and internationally, and she has been featured in a dozen cities and events ranging from the New York Public Library to the Aspen Literary Festival. Her latest project, The Monster Opera, co-written with composer Nick Busheff, premiered in 2011.  She’s currently a writing professor and the lead singer for Kinky Mink. Visit her website or blog for more.

Leah Rogin-Roper writes flash fiction on purpose.  She dreamed up Fast Forward Press as a graduate student at Naropa University and woke up to find it real and now in its 5th 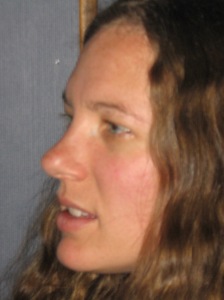 year.  Her own flash fiction has been published in Mountain Gazette, Monkey Puzzle, Daily Love, and not enough night, among other literary journals.  She served as an editor for Fast Forward’s most recent anothology, The Incredible Shrinking Story.  She has also written several novels, including Three Feet of Snow and A Grizzly Love Story.  She is a professor at Arapahoe Community College and has taught flash fiction at Red Rocks Community College, Free Horizon Montessori, and the Independent Publishers Resource Center in Portland, Oregon.  She recently served on a flash fiction panel at the national AWP conference with Robert Shapard and Tom Hazuka.  She lives in the mountains west of Denver with her dogs, daughter, and husband. 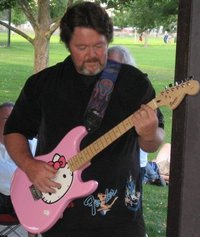 K. Scott Forman is the editor of Fear Knocks and founder of Fear Knocks Press, the e-journal dedicated to horror and suspense.  He joined the Fast Forward team in a flash fiction class with Leah and Nancy, and hasn’t looked back.  He currently teaches English Comp at Weber State University in Utah, and has taught Developmental English, Haiku, and Writing for Math and Science at other institutions.  He primarily writes short stories and novels, and his most recent work will soon be appearing in Morpheus Tales.  He will be presenting a paper on Fear in the American West at the annual Western Literature Association Conference in Missoula in the Fall.  He is a graduate of the Jack Kerouac School of Disembodied Poetics, the University of Phoenix, and the University of Maryland.  In his spare time, he has delusions of still becoming a rock star.  He makes his home on the front side of the Rocky Mountains in Utah. 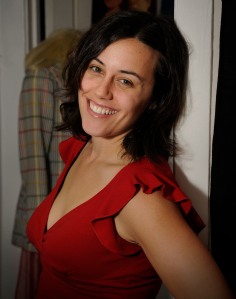 Kona Morris is a co-founder of Fast Forward Press and has been an editor for the last four flash fiction anthologies.  She received the Redwood Empire Mensa Award for Creative Non-Fiction in 2006, and she was selected to be a Featured Artist for Connotation Press in 2011.  She has published many short stories and prose poems, and she is working on a novel, as well as a book on the craft of writing with the author Bobbie Louise Hawkins.  Kona is also the co-founder of the forthcoming anthology series, Anthology of the Awkward.  Her work has most recently appeared in Linh Dinh’s The Lower Half, Connotation Press, Flâneur Foundry, The Santa Fe Literary Review, Not Enough Night, The Bathroom, Fast Forward: The Mix Tape, Monkey Puzzle, Bombay Gin, and Zero Ducats.  She is originally from the small town art hub of Eureka, California. She received her MFA in Creative Writing through Naropa University, and she is currently a writing professor in Denver, Colorado.  For more information about Kona and to read some of her writing, please visit her website at: konamorris.com.

Michael D’Alessandro is a writer, small press publisher, editor and teacher.  He edits the semiannual literary journal swap/concessions, and is the founder of bedouin books, which publishes emerging writers of fiction, non-fiction and poetry with a focus on hand bound books in letterpressed covers.  He has been published in various journals and is the author of two books of poetry.  He teaches writing, printing and publishing at Marylhurst University, the Independent Publishing Resource Center, and Em-Space Book Arts Center, in Portland.  In 2008 he graduated from Naropa University with an MFA in creative writing.  He lives in NW Portland, Oregon. 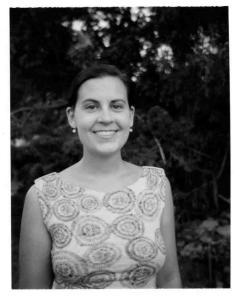 Stacy Walsh began her career as a film geek in the entertainment industry only to discover that her life always returns to writing in some form.  Although she still dreams of directing a feature film, she has escaped out of Los Angeles and is enjoying a much quieter life with her family in Grand Rapids, Michigan.  Her screenplay, Ripple Effect, was a semi-finalist in the Waterfront Film Festival screenplay competition, while other recent writing has appeared in Women in the Outdoors, not enough night, and Monkey Puzzle.  Fast Forward Press is her favorite residual side effect of attending Naropa University, from which she obtained her MFA in 2009.